skip to main | skip to sidebar

But the chilling and relaxing had to end :(

We had to find a job, so one day we went to Aussijobs. It’s a job agency where we wanted to find a farm job. Picking fruits was the thing we wanted to do but there were no available jobs like that. The only farm job they had was tree nursing in a small village in the middle of nowhere :) We needed the money so we decided to take it. The wage was 17.60 per hour and living expenses 60 AUD per week. The reason why we wanted to try farm work was to experience something totally different, do physical work and save some money. When you’re in a place with no stores or cafes, you just can’t spend your money.

After two weeks from arriving to Perth, we packed our things and were on our way to the East Perth Railway station. Stefan was kind enough to take us there. He and his friend from Italy helped us to carry our bags. And yes, we had lots of bags. You really needed 4 people to carry our bags but there was only Merle and me – two small Estonian girls. We had to bring the next weeks food with us – that’s why we had so many bags. The bus drove 4 hours to Narrogin which is approximately 300 km to south from Perth. Our employer was there to pick us up and we drove 60 km to Tincurrin. That was the place we were going to live and work.

I should tell you something about our work. I bet you are wondering what is tree nursery, yes? We were planting small trees (2-5 cm) from one tray to another, eucalyptuses and acacias. The job seemed easy but is actually very tiring. We had to stand on our feet and carry trays the whole day. So, every day after work we were all absolutely exhausted. Fortunately, after the first week it got easier. But it was still quite difficult to work fast when the sun was shining and there was 35 degrees outside, sometimes even 39. At the same time it was hilarious too because every now and then we sprayed each other with water and were soaking wet :) 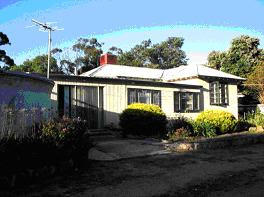 We lived in a small house and there was 8 of us – one french couple, two chilean girls and two japanese girls. We all got along really well so it was fun. Especially, the Chilean girls were awesome :) But still, sometimes I wished there had been more people to hang out with. Oh, and we only got to shop once a week. Pretty hard to figure out exactly what you need during the week.

On our first Saturday night we organized a party. One Australian guy had a birthday so we cooked for him. Also we were all drinking beers. Yes, me too! In Estonia I didn’t like it that much but here it tasted really good :p

We were walking around a lot in this place. But wherever you walked there was nothing, absolutely nothing. Near to our house there was a primary school, post office and 3 houses. 7 children went to school there :) But when you walked further there were trees and fields and roads and… nothing else! If we were really lucky we saw a car or a tractor passing by. And there was a tennis court, quite big actually. I have no idea why it was built or who used it. Cause there was no-one there… For us it was good because we had tennis rackets in the house. We used them a few times too. I had never played tennis before so it was greatly amusing. We used the court also for exercising. We often went running after work, then made push-ups and other exercises. So, we were quite fit. And did I mention tanned? Very tanned, golden brown – like chocolate :) We had a small backyard where we could sunbathe. It was really hot, so we splashed each other with cold water from a water hose. It worked quite well actually – was cooling, refreshing, splashy and humorous :) Yeah, the weekends were great!

And sunsets… those wonderful miracles of nature :) Almost every evening we took some pictures of the burning sky – red, yellow, orange, purple etc. 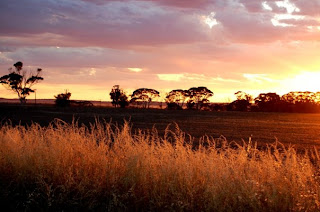 There were lots of lizards in Tincurrin (30-40cm long) and they were hideous. They even wondered around in our backyard. For example, I was sunbathing and a lizard walked by 2-3 metres away. That was absolutely normal :) Also there was a small scorpion in our house, hundreds of flies and of course biiiig spiders. So, we were never home alone! 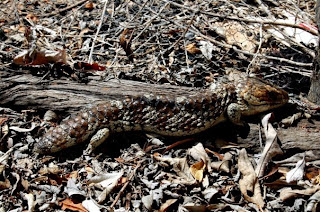 The days passed rather quickly. Sooner than we realized it was Christmas. On 20th December there was a big celebration party in the next village. Approximately 1000 people came to this Christmas party, so we got to relate to numerous people, jeppiii :) We met there two Australian guys who lived and worked in Narrogin. They were mechanics :P In Australia it doesn't matter if you are a mechanic or a manager,a waitress or a banker. Everyone is treated equal. Anyway, the food was delicious, live rock band was enjoyable and people were having a great time :)

But Christmas.. there was no special feeling. It’s supposed to be cold and snowy but no, the sun was shining like crazy – that was more a holiday for us. We spent our Christmas in Perth, 5 days of vacation… pretty comfy :) On 25th we planned to have a barbeque with other Estonians from Perth in Sir Mitchell’s park. It is situated on the other side of the river that runs through the city. In parks there are places you can grill your own meat. It’s pretty convenient actually, you never have to buy your own grill. But we didn’t go there on Christmas Day. We decided to stay in Cottesloe, in our sweet backpackers :p We spent the Christmas morning on the beach and then joined others in the beer garden beside the hostel. Everyone started drinking beers already 1pm! And there was a Santa Clause also, if you can call it that. One Swedish guy, Sam, was dressed up and handed out gifts. He had a chidren’s costume on, a really tight jacket and funny shorts :) Yeah, it was an awesome day!
Posted by Liina at 10:41 PM 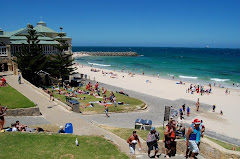 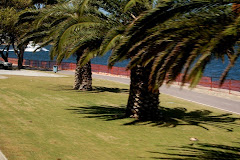 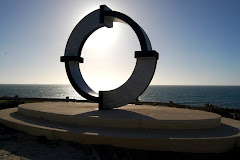 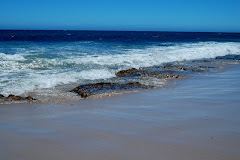 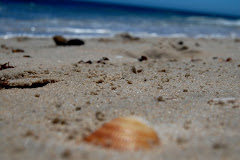 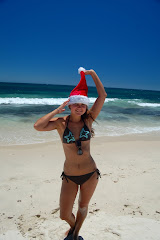 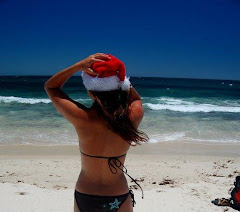 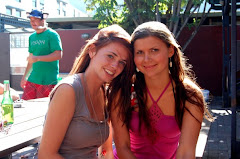 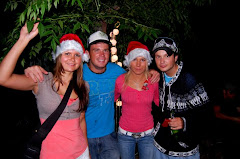 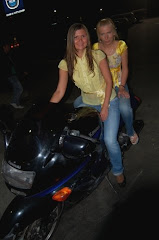 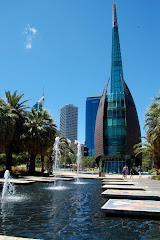 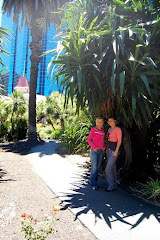 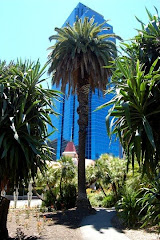 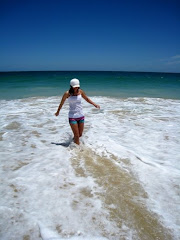 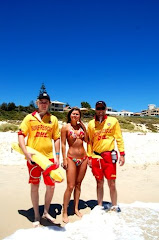 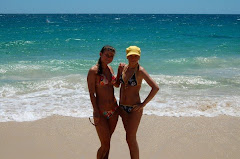 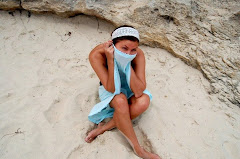 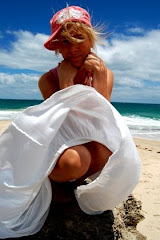